For anyone living outside Australia or New Zealand, it probably isn’t possible to understand just how big a band these guys were back in the day. Formed in 1973 by Tim Finn and Phil Judd, this was their fifth album, and the one which ultimately was their most commercially successful. The album, and single I Got You, were simultaneously released in January 1980 and simultaneously topped charts in both Australia and New Zealand during March – the album stayed at #1 in Australia for ten weeks, the single for eight weeks, while I Got You went on to become the highest selling single in Australia that year. The line-up at the time was Tim Finn (vocals), his younger brother Neil (guitar and vocals), Eddie Rayner (keyboards), Noel Crombie (percussion), Nigel Griggs (bass) and Malcolm Green (drums), while it was produced by 20-year-old British producer David Tickle (Blondie, The Knack, Divinyls). It is Rayner who has taken on the job of remastering the album for its 40th anniversary, but instead of remastering from the existing final tracks Rayner took all the original recordings from each song to mix them together from the ground up. The idea was to both restore and improve the currently available mix as well as the overall sound, and there is no doubt at all he has achieved that.

Split Enz are still held in very high regard in New Zealand, while the Finn brothers are music royalty, with very few others approaching anything like their heights. Strangely enough, these days around the world people know far more about Neil with both Crowded House and now Fleetwood Mac, but in the Seventies it was all about Tim who on this album wrote six songs, Neil three, Rayner one plus a group instrumental.

That this is a quirky album is never in doubt – it is art rock for the most part, jagged and edgy, and there are times when Neil and Tim’s songwriting is almost indistinguishable in style: take I Got You and Nobody Takes Me Seriously for example, it is hard to realise they are by different songwriters as there is a definite similarity in approach. But then contrast that with the lush I Hope I Never, which is far more dramatic and orchestral, with Tim being accompanied by piano and swathes of keyboards. Rayner has been incredibly brave, touching an album which many see as a classic of both the Australian and NZ music scene (recorded in Melbourne, like many others Split Enz lived in Australia which was/is a much bigger market than NZ). Yet by going back to the original recordings he has brought back depth and sonic quality, so it sounds as if the band is playing in the same room and is totally fresh and packed with energy.

When the album was reissued in 2006, a couple of additional tracks were added from around the same time, but in 2020 it has been expanded with the original 11 songs now being taken up to 18. This is by the addition of live tracks taken from shows between 1981 and 1984 which demonstrate just how powerful this band were in concert. None of the songs included as additions are originally from the album, nor does it include the likes of I See Red or Six Months In A Leaky Boat, but instead we get the likes of the over the top dynamic Fire Drill, the wonderful Hard Act to Follow and the ridiculous Ninnee Neez Up.

The band have all moved on since these heady days 40 years ago, but it would be awesome if they could see fit to go on one last tour to tie in with this. They were odd, eclectic, with strange hairstyles, makeup, and outfits, but they were also damn fine pop rock musicians and writers, as this album proves with ease. If you ever wondered what was behind the birth of Crowded House, or what was the finest hour of a band who in 2001 had more songs in the ‘APRA Top 100 New Zealand Songs of All Time’ than any other act (with eight), then this is definitely the right time to discover Split Enz. 10/10 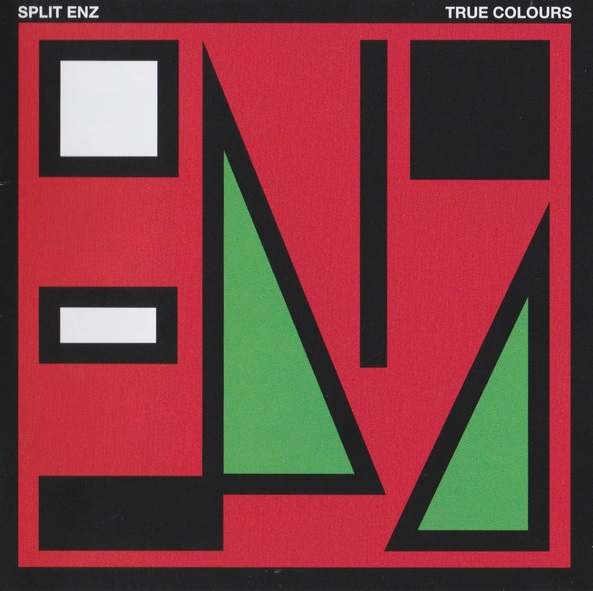