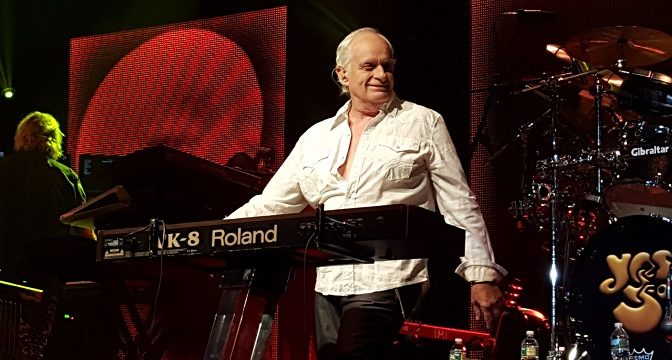 Romance as affirmed by tragedy: former ivories driver with YES details the September 11th course to find the meaning of life.

Less celebrated than his successors – Messrs. Wakeman, Moraz and Downes – despite his prominent presence on YES’ biggest hit Owner Of A Lonely Heart that signaled his return to the fold, Tony Kaye, as surprising as it may seem, has never had a solo career.

Yes, the keyboard player was a cofounder of BADGER and was part of Michael Des Barres‘ DETECTIVE; he also toured with David Bowie and performed as a duo, doing primarily his old numbers, with Billy Sherwood, yet there was no record under Kaye’s own name. Until the twentieth anniversary of 9/11 when Tony finally put out a mostly instrumental opus he’d been working on for two decades. This concept album not only comments on the global changes which happened in 2001 but also charts the development of the musician’s relationship with actress Dani Torchia whom he met soon after the attacks.

Even though almost all of the platter’s pieces relate to a particular moment in the fateful day’s events, they must be perceived as a whole – as a suite, as signaled by the solemn, faux-orchestral 911 Overture that’s preceded with a pacifying pairing, weirdly credited to Tony, of Twinkle Twinkle Little Star and Twilight Time which is wrapped in tenderly thundering Hammond passages whose jazzed-up airiness will soon be swept away on a spiritual vocalese. However, the piano tinkle of NYC Blues brings the flight of fantasy down to earth where snippets of media feeds detail the proceedings, letting the various synthesized threads of Battle Cry interweave and swell to thicken and darken the atmosphere – stricken with Middle Eastern patterns – only to fold back, first to new-age nebulosity and then to the honky-tonk sway of 285 Fulton Street and to Let’s Roll and its desperate recital.

However, once the brief symphony of Tug Of War has elevated the drama, Flight 11 offers a stream of groove-ridden images, an impressive sonic collage of organ ebb-and-flow and radio messages from the doomed airplanes; as a result, the quieter drift of Towers Fall is shocking, and the acoustic strum of Sweetest Dreams – the touching ballad penned and voiced by Ms. Torchia – is simply required for a greater impact. That’s why the ivories’ ripples and waves and guitar lines of Aftermath are so arrestingly cinematic, rather than pretentious, while Heroes turn out to be nigh on hymnal. It’s a proper preparation for the epic panorama The Battle should present, splicing Arabian prayer and dance with helicopters’ whir and machine gun roar, placing this mosaic onto progressive rock canvas – reservedly bombastic and unashamedly emotional – and resolving the tragedy in the anthemic Hope And Triumph and Homecoming where keyboards build a cathedral and have flamenco lace stroke such a magnificent edifice before Ground Zero takes the narrative to here and now in a typical Kaye manner: reflexive yet goosebumps-evoking.

The veteran had to deliver this opus, although he wasn’t obliged to do so: Tony did it for himself, thus finally securing his legacy. It’s what aficionados expected of him – and it’s much more than that. 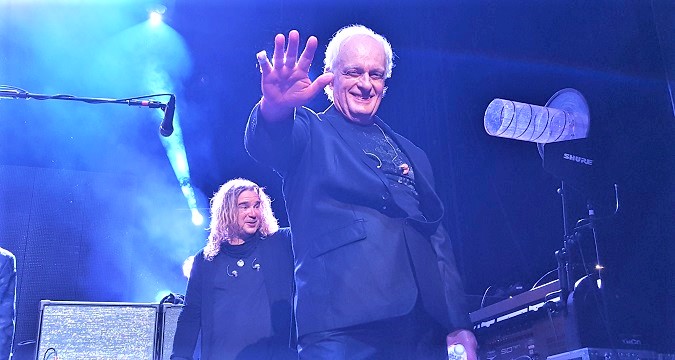 NOTES:
An album 20 years in the making, the first solo work from former Yes member Tony Kaye.
Marking the events and the journey that followed the world changing moments of 9/11, ‘End Of Innocence’ is designed to be listened to in its entirety.
Featuring Dani Torchia who Kaye met in the wake of 9/11 who has written and performs on the album.
Tony Kaye retired from Yes in 1994, and came out of retirement the week following the events of 9/11 and began to write this album, the power of its music helped Tony to process the day that became the ‘End Of Innocence’.
The album takes you on a journey from the peace of the night before, to the emerging hopeful looking to the future.
Tony Kaye met Dani Torchia in the week following 9/11. This album has been interwoven with the growth of their relationship. 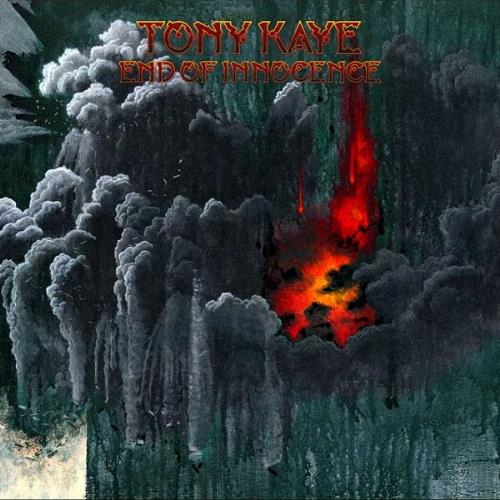