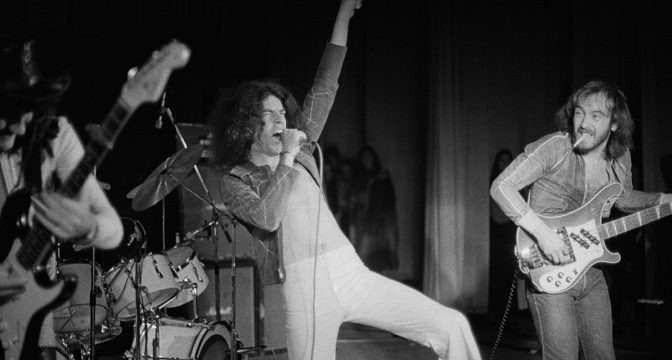 Saying, “Scottish rock”, we mean NAZARETH – there’s no better synonym. Four decades into their career, the band still rock hard, so one cannot help but think of the Highlander and his immortality. Still, they’re mortals, and it’s the words that sound rather serious and pretentious, not their music. Of all the merry bunch bassist Pete Agnew is, perhaps, the one who fleshes out the very spirit of the group. Your heard him play, you heard him sing, now hear him talk.

– NAZARETH’s called after a line of THE BAND’s “The Weight”. Does that mean you were influenced by Levon and his group? Were you trying to create something as Scottish as they did with American music?

Of course, we loved THE BAND – as did almost every other musician on the planet – but I wouldn’t say they partcularly influenced our music, although everything you listen to must subconciously influence. Being a rhythm ‘n’ blues based ‘hard rock’ band, NAZARETH have always listened to every other kind of music except hard rock, so our influences are wide ranging. What we call Scottish rock – and that goes for most of the Scottish rock bands of the Sixties and Seventies – is heavily influenced by American music rather than the English rock bands who tended to influence one another. The Scottish settlers who went to America tended to move to the south and were largely responsible for what we know today as country music, which with black blues influence became rock ‘n’ roll, so in a roundabout way you could say our ancestors had a great deal to do with creating Scottish rock. Little did they know what they were starting!

– Now, when there’s no STONE THE CROWS, when Alex Harvey’s gone and Frankie Miller sings no more, are you the only original band that fly the Scottish rock colors?

There have been a lot of good bands come out of Scotland, and indeed are still coming: SIMPLE MINDS, TEXAS, TRAVIS, to name but a few, but although they play excellent contemporary music, I don’t think you would describe them as rock bands, so yeah, I suppose you could say we are the only ones flying the Scottish rock colours. And certainly the oldest.

– What does being Scottish mean to you?

It means not being English, and that’s enough for us. 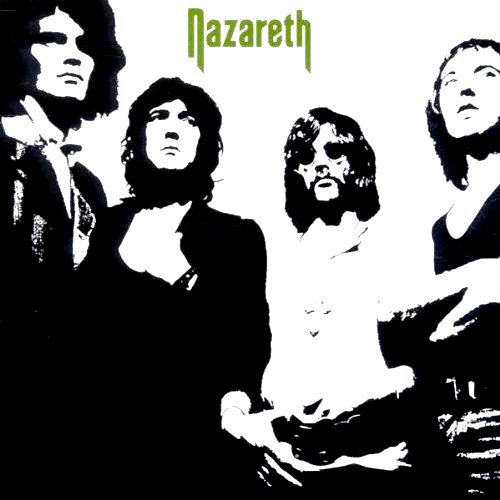 – Originally, you were an architect. Was it you, then, who came up with the band’s logo?

To this day we have no idea who designed the NAZARETH logo. It appeared on our first album on B & C Records, who have been defunct for years, and we reckon somebody in their art department must have produced it never realising it would eventually become the band’s logo. We certainly never thought of it as a logo until much later, when promoters started to use it in advertising. We don’t know who did it, but we thank them from the bottom of our hearts wherever they are. 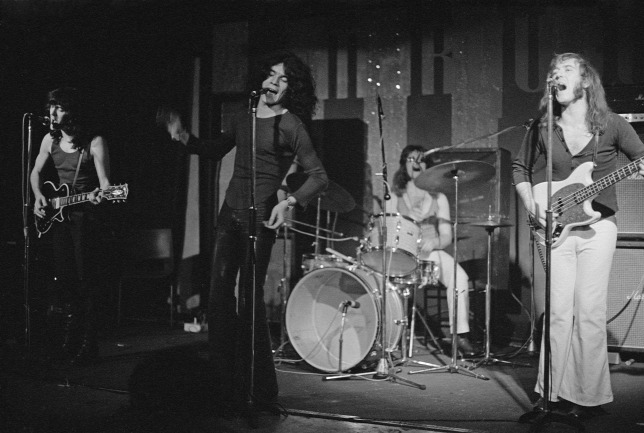 – NAZARETH were among the first heavy combos to take a soul strain in. What did strike you that much in black music?

In Scotland, in the mid to late Sixties, all the bands were heavily into soul music, as were the people who came to dance. The vocalists on the Stax and Tamla labels were – and still are to a great extent – the best in the world. To this day Dan and I would name Otis Redding as the best singer the world has heard. Also the great riffs that peppered soul music were an inspiration in later years to the creators of heavy or ‘hard’ rock: many the soul riff that has been changed around a wee bit and used as the basis of some of our best known rock songs. The songs themselves were fantastic, and there seemed to be about five classics released every week. I still get a buzz when I hear Otis singing “Mr Pitiful”, when I hear Sam & Dave sing “Hold On I’m Coming”, or Bob & Earl do “Harlem Shuffle”. We used to do all those songs back then, and I suppose it must have rubbed off a bit when it came to writing and performing our own songs. At least, I hope it did.

– You covered many a good song and had a storming success with them – just like, I’d say, Joe Cocker. What’s the secret of successful cover, then?

The secret is not to think of the song as a cover. A great song is a great song and can be performed in a number of different ways. When we do someone else’s song, we probably loved the original but would never think of doing a version of that version. If you can’t change it enough to make it yours, don’t do it. 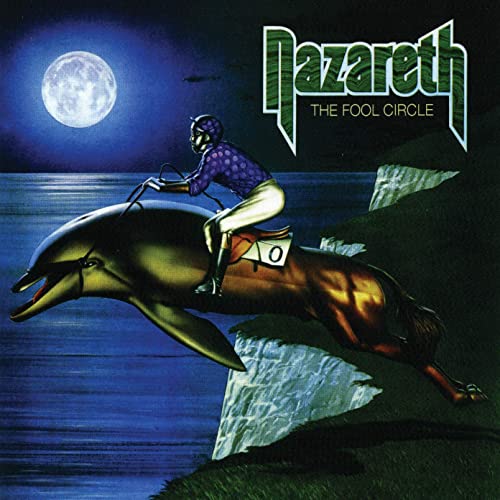 – “Fool Circle” is one of the best albums you’ve ever done, with all that great reggae numbers. How did that shift of direction come about?

Fool Circle was the nearest we came to making a concept album, trying to inject a bit of humour into a pretty heavy subject. I think the fact that we recorded it on the island of Monserrat might account for a teeny bit of reggae poking its way through.

– How does it feel playing with your son? Is there the same telepathy that you had with Darrell Sweet, or you two are too close to be as sharp?

Sharper… See, Lee and I have been jamming now for close on twenty-three years. Lee has played in a lot of bands but none more so than with his brothers, Stevie and Chris, who he still plays and records with in-between NAZARETH tours – they go by the name SATELLITE FALLS. We have a studio at home, and the boys and myself would play together a lot when I was at home. Lee was the natural choice to take Darrell’s place and was, in fact, one of Darrell’s favourite drummers.

– Like your fellows URIAH HEEP, the NAZ guys never had a lot of side or solo projects. What’s there, in NAZARETH, that leads to such a full self-realisation and commitment?

We seem to spend so much time on NAZARETH stuff that there’s never been much room for taking time out to do solo projects. I wouldn’t rule out laziness either.

– Some time ago you took part in a tribute to Frankie Miller. What do you think of various tribute projects – there are many of these now – and of “Another Hair Of The Dog – A Tribute to Nazareth” in particular?

Nobody takes part in a tribute, unless they like or respect – sometimes both even – the artist or the band. For that alone we thank the guys who took time to work on those albums. It’s nice to see what other people do with your songs, but most of all it’s a great compliment and we appreciate it very much.

– During your visit to Israel, would you like to visit a city that gave the band its name? Well, THE BAND meant American Nazareth, but…

We’ve always had a hankering to play in the real Nazareth – we’ve done the American one several times – but seemingly it’s not possible this time out. But mark my words, we’ll be back. 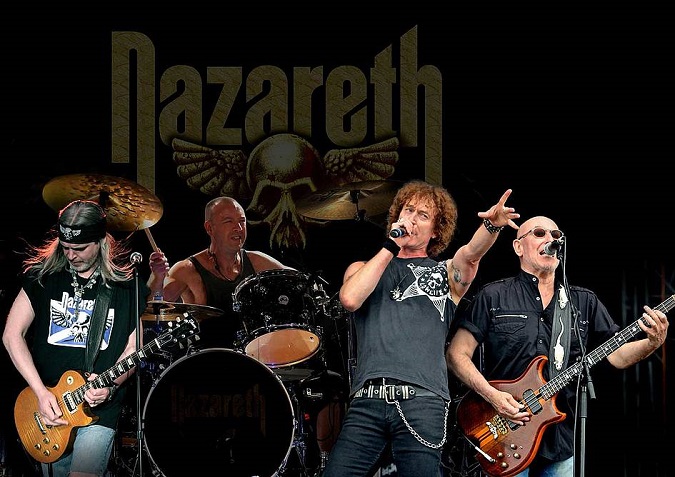