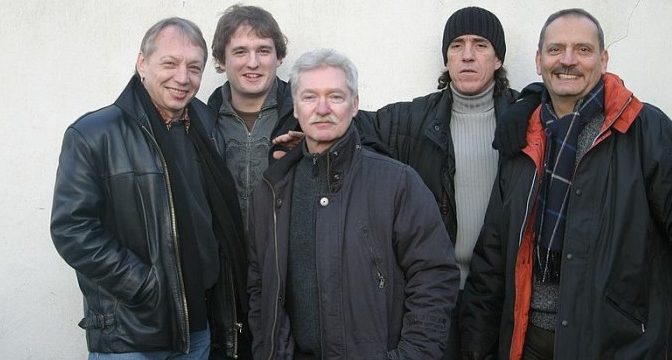 Krautrock stalwarts make a convincing comeback to see tomorrow in the sky – and stay.

They didn’t really build progressive structures, preferring to frolic instead of sophisticating things beyond the need; however, this collective have always been considered part of Krautrock, and that how, amid other movers of the German scene, they returned to the fray in 2003, after 25 years of absence, with three members of their most famous line-up – the line-up which recorded Live At The Roxy back in 1976, the band’s definitive statement. It was logical, then, to return as a concert group, rather than draw comparisons with their young selves, by serving up a fresh album, and here’s an audiovisual document of the West Berliners’ staying power.

Looking as if they came on stage right after wrapping their day jobs but sounding as polished as only a well-oiled unit should be, they quintet unleash a run through their classic moments, the pieces which are adorably exciting while, strangely, somewhat lacking depth of the olden days. Of course, the audience where a young face can barely be seen lap up every lick and chord of the infectious opener The World Is Like A Burning Fire and join in on the refrain of the finale, We Give You Everything You Need – as Joey Abrecht’s six strings ruffle the funk, Ingo Bischof’s ivories boil and bubble, and Tommy Goldschmid’s percussion spices the flow – yet, for all its flourish-laden stylishness, the results feel too reined-in to deliver the punch.

What does is Abrecht’s bluesy twang on Rock ‘n’ Roll Testament and vocals on Maybe Another Time that features one of his best solos, and Bischof’s Moog passages on Living Like A Clown – before these elements come to the fore for Queen Of The Night and Crazy Woman: the veterans’ quintessential numbers. And though The Second String Rambler – infused with Fender Rhodes’ filigree and guitar riffs and given a nice congas action – is irresistible too, there’s something superficial about the jazzy jive of the otherwise roaring In the Midnight – unlike Rosie whose boogie grit ‘n’ grace seem teasingly tasty.

Still, My Friend George pushes every right button to be funny and fusion-like elegant at the same time, the whole ensemble packing the chorus harmonies for the listeners to share and Rolo Rodriguez’s drums driving them to heavenly heights, but Now the Irony Keeps Me Company soars even higher, started off by his son Chris’ cosmic bass wigout propelling it into soulful, if muscular, balladry. Yet the Latin-tinged festival of We Gonna Keep It Together is truly triumphant, so there’s hardly to complain about the veterans’ performance per se: it’s good to have them back!

NOTES:
The complete Karthago concert at the WDR „KRAUTrockpalast“ from December 21st, 2004. 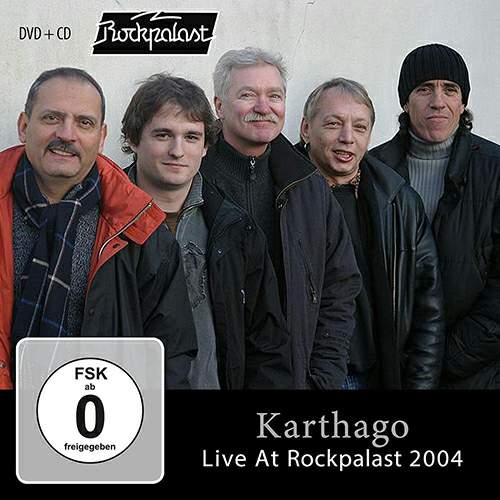