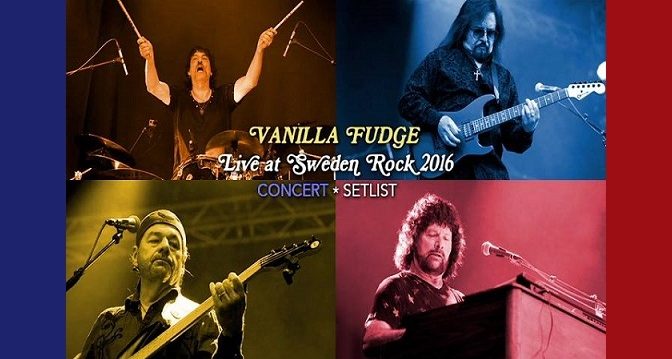 Heroes of heavy rock reclaim their rightful place in history and win the day to make their renaissance eternal.

A seminal ensemble whose role in the development of popular music must not be underestimated, this band aren’t recognized nowadays on a level they deserve, so the quartet’s invitation to the Sweden Rock Festival should have validated them in the eyes of unbelievers – and it did. The concert captured here on CD and DVD happened on the cusp of the group’s 50th anniversary, so there’s a lot of dyed hair on-stage, but the artists’ unbridled vigor and boisterous sound can make many a youngster’s hair stand on end with their delivery of covers such as as the exhilarating Gimme Some Lovin’ and originals like the angry Good Good Livin’ with its irresistible call-and-response. That’s why the initial puzzlement on the crowd’s faces is replaced with happiness once the crystalline, hymnal Let’s Pray For Peace has faded away, and cheers only go to show the veterans are still able to unite and conquer.

They get in the groove slowly but surely and flesh it out to give impressive soulful heft to I’m A Believer that unfolds into a luxurious choir before speeding up for better impact, and to keep the flash aloft until You Keep Me Hangin’ On – which involves the invigorated audience singing – is gloriously resolved. While Mark Stein’s voice and organ take even the most unlikely songs – the fiercely embellished, if mesmeric, Break On Through is one of those – to spiritual heights and sinister depths, four-part vocal harmonies add celestial edge to Take Me For A Little While. There may be an almost heavy metal assault in She’s Not There and Vince Martell’s guitar filigree may instill Season Of The Witch with psychedelic scare, yet the muscular funky jam of Shotgun – interpolating “Greesleeves” – hosts a Hammond wigout, the runs of Peter Bremy’s supple bass and Carmine Appice‘s spectacular drum solo.

The band still have to tell the story of another foursome opening for them back in the day whose Dazed And Confused – from the album dedicated to them – finds Stein strangely agitated, yet it’s perfect for conveying this piece’s deranged drive which is multiplied by delving into baroque and boogie. Ultimately, that story should only stress this ensemble’s immense influence, although consigning them to the past on the strength of such a performance would be as criminal as not recognizing them for what they did five decades ago. 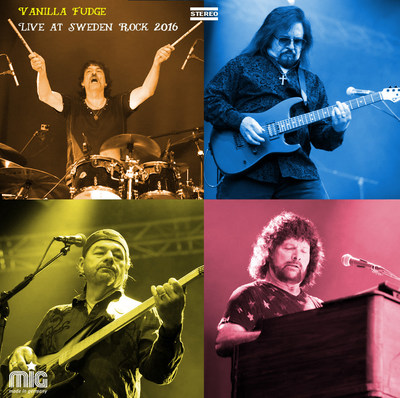